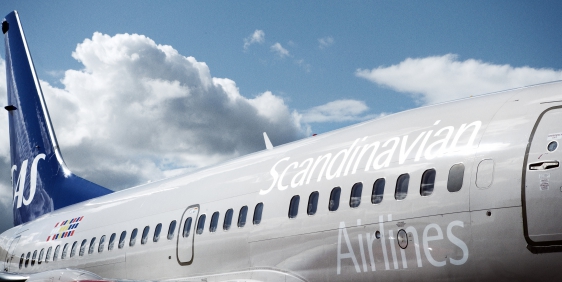 SAS’ strategy is to replace older aircraft with newer ones. An example of the improvement is the current deliveries of A320neo (new engine option) replacing less efficient Boeing 737NG. The A320neo has has twelve seats more than the A320ceo (current engine option)  while reducing the fuel consumption and associated emissions by approximately 15% on a comparable flight. The 85 dB area in km² per departure is also reduced.

It is also important to use the right size of aircraft on every possible occasion. That is why SAS uses Boeing 737NGs and A320 family aircraft of different sizes. They have 120, 141 and 183 and 141, 168, 180 and 198 seats, respectively. This entails great flexibility according to demand, which guarantees the lowest possible total emissions at any given time.

Flying aircraft that are too big generates unnecessary emissions even if it generates a better theoretical result per available seat kilometer. If we look at a Boeing 737NG on a typical domestic route in Norway, it is evident that the fuel consumption and corresponding emissions are lower in a smaller aircraft. When using a B737-800 with 183 seats and 141 passengers onboard, the total fuel consumption (in average) is approximately 6–7% higher than a full B737-700.